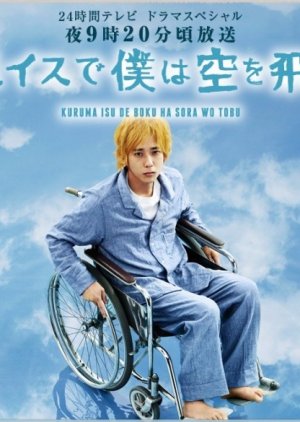 Other name: 車イスで僕は空を飛ぶ , Kuruma Isu de Boku Na Sora wo Tobu , Kuruma Isu de Boku wa Sora wo Tobu , I Will Soar to the Skies in my Wheelchair
Description
The 28 year-old Johnny's talent Ninomiya Kazunari will be playing a guy from a broken family who became a delinquent due to lack of proper guidance. After he got crippled at 15-year old, he decided to mend his wrong ways by becoming a counselor and helps to reform those in similar situation as him.
Country: Japanese
Status: Completed
Released: 2012
Genre: Drama, Youth,