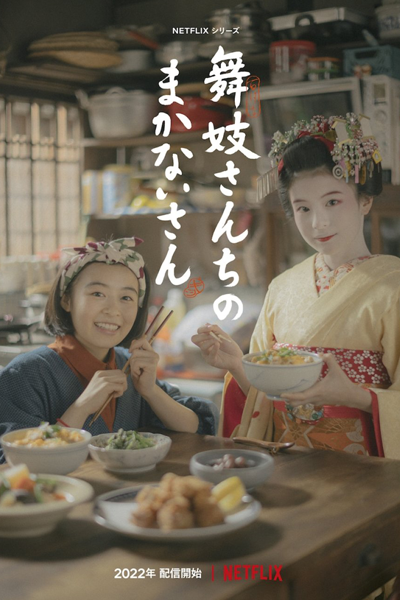 Kiyo and Sumire are childhood friends from Aomori Prefecture who move to Kyoto to become maiko. During their training, Sumire is praised for her talent and diligence. Kiyo, meanwhile, has difficulty learning the basic skills and is eventually expelled. However, Kiyo's talent in cooking is discovered, and she is hired as the new cook of the maiko house. Kiyo is happy with her new role: supporting Sumire and the other maiko through her cooking.
Adapted from the manga series "Maiko-san Chi no Makanai-san" (舞妓さんちのまかないさん) by Koyama Aiko (小山愛子).
Original Network: Netflix,
Director: Koreeda Hirokazu [是枝裕和] and Sato Takuma [佐藤快磨]
Country: Japanese
Status: Completed
Released: 2023
Genre: Comedy, Food, Friendship, life, Manga, Miniseries, Web Series,